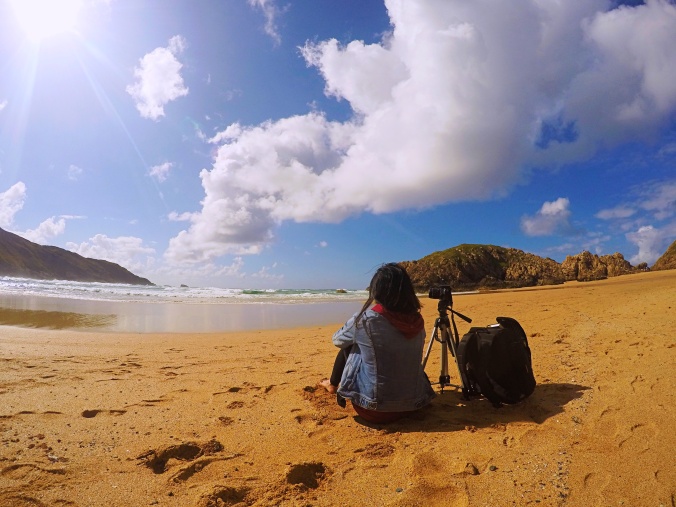 “Wait, you’re going alone? Do you know anyone there?”
“I am going alone and I don’t know a single person there.”

I sat at the airport, eating my burrito bowl, as I waited to depart Boston. It was a night flight which meant that I would arrive early in Ireland. Too early to check into my Airbnb, but early enough so that I didn’t waste a day of the 5 days and four nights that I’ve allotted myself there. My son was away on his own flight with his dad to Disney World as I sat there, alone, nervously wondering if this was a good idea. Solo traveling. An unfamiliar nomadic territory. The excitement that filled me days before was circling into knots of uncertainty. I imagined that many people felt the way that I did when they embarked on their first solo journey, especially to a foreign country. I kept telling myself, “You’ve always wanted to do this, just go. If not now, then when?” Although I was filled with jittery nerves, I felt good about my decision.

When I told my friends and family that I was doing this, I was met with a lot of questions. I figured I would gather them up and throw them into a blog post to give everyone some insight as to the who, what, where, when, how, and why I decided to do this. 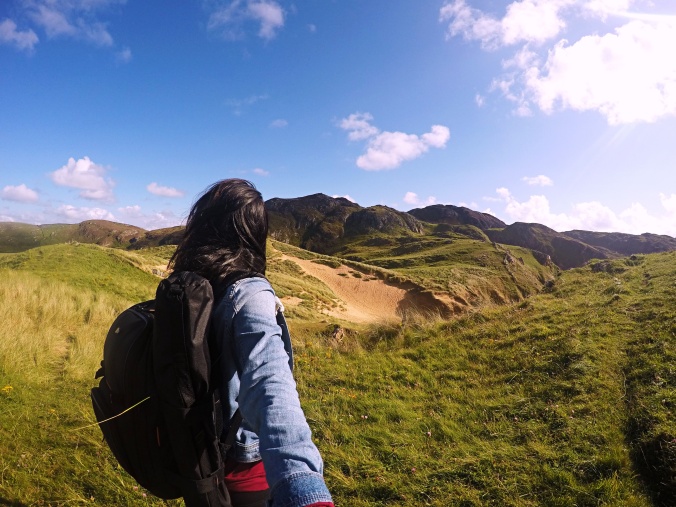 Why alone?
I have always wanted to try solo traveling. Once you read enough blogs, and see enough instagram posts — there has to be a part of you that thinks, “I want to do this someday.”  Not to mention, it’s tough to get people to simply travel on a whim. I figured if I have the time and money to do it then why wait for someone else? Just go!

Aren’t you nervous?
Absolutely! I was completely unsure about the entire thing. It’s natural to be scared about doing something new but it’s especially nerve-wracking when you’re trying something new somewhere that’s far away from your comfort zones. But if we always let the nerves take over then we’d be holding ourselves back. I know that I couldn’t let that feeling rain over my insatiable need for adventure.

Why Ireland?
I was googling all the places that I’ve wanted to go to compare prices and whether or not it was a good time of year to be there. Originally, I had plans to go to Spain but I quickly learn that traveling there in August would be a complete waste since many places are closed because most of their citizens travel in August. I also looked up best places to travel for first time solo travelers– Everything led to Ireland! It was a perfect time of year to go there because it’s not frigid, the flights were cheap, the country had amazing reviews on most scenic, friendly people, etc. A solo traveler’s dream.

What was it like when you first arrived?
It was hectic because even though I arrived early, it took FOREVER to get out of the airport with having to go through customs. Luckily I got in touch with my airbnb host and she helped me with finding the right bus to get to where I needed to be. I was turned around a few times but it certainly didn’t kill me to ask for help. People are super super friendly and didn’t mind pointing the American girl with the red suitcase in the right direction.

How do you afford to travel?
BUDGET EVERYTHING! I always frequently search for cheap fares via skyscanner just randomly to see what catches my eye. I also work about 60+ hours a week, which is nuts but you do what you gotta do!

Was it hard meeting people?
I thought it was going to be a little hard, especially since I didn’t have the confidence of being amongst friends but staying in the Hostel really helped with that. I walked into the common area and found people hanging around there– much to my surprise, they were totally down with going out together. I think the best way to make friends is to just step out of that comfort zone of shyness and just talk to people. You would be surprised with how far boldness can take you.

Would you do it again?
I was going to come back feeling one of two ways: I will either love every single second of it and want to do it again, or I would hate it but at least I can say that I did it. Now that I’m back, I am 10/10 going to do it again! It was the most empowering, exhilarating, phenomenal experience that I have had. It was everything that I had read about and more.

Do you recommend solo-traveling?
Echoing what I’ve read from blogs that have inspired me but everyone should solo travel at least once in their life. You never know what experiences you’ll gain from it.

One thought on “Why I “yolo” solo-dolo!”